Only 21 sleeps to Christmas, jeepers this year has flown by.

Tomorrow will be the last ‘school’ night for this year as the last Monday and Tuesday of the month fall wrong for the majority of people to attend. The school has gone from strength to strength and there are some nice trees coming through, but more importantly there are one or two good people coming along too. It can be difficult keeping the school going because as we all know, everyone on an internet forum is a ‘Master’. Unfortunately most people never stop to think can the teacher/expert actually do bonsai and does he have trees to back up his advice. No they listen to the guy who makes the most noise.
As I said in an interview for “The Art of Bonsai” internet forum….
If bonsai was a sport, maybe more “experts” would be judged by their results. In Japan, Masters are judged on their trees. It is the trees who do the talking. Would you get a guy to teach you to run, who never won a race? You need to learn from those who can do bonsai. If I took up acting, I would be knocking on the door of Robert DeNiro or Al Pacino begging for lessons.

You can read the full interview here;     http://artofbonsai.org/forum/viewtopic.php?t=984

Over the years I have had one or two people leave for whatever reason and new people have taken the vacant slot. But I think now the attendees I have are in the main serious enthusiasts. The ones who originally came for a night out, cup of tea and a biscuit have left.
I have had several attendees leave for pastures new to try out elsewhere but they have nearly all returned. One or two were too embarrassed to ask if they could come back which is a shame.

One of the things that benefits those who attend is the vast variety of species that we work on over the year. This gives everyone the chance to learn not just on their own tree but also to learn from what the others are doing with their trees. Also we work with the same trees through the seasons and over the years. This is not fast fix bonsai, we don’t do McDonald’s bonsai here.

Here are some typical examples taken on a typical evening. 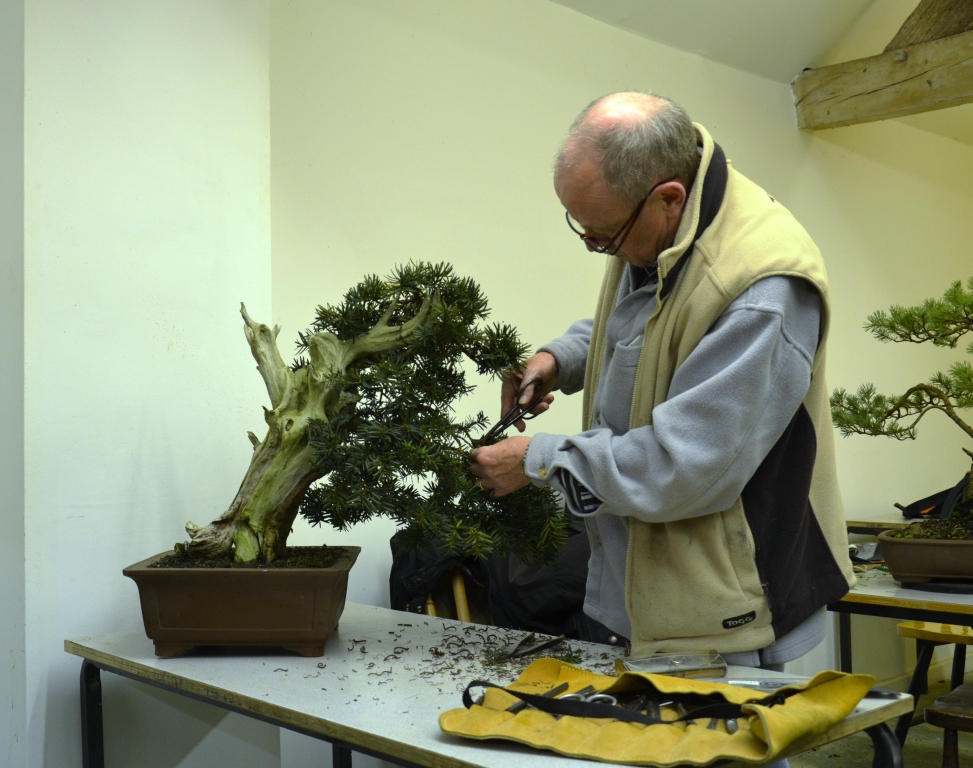 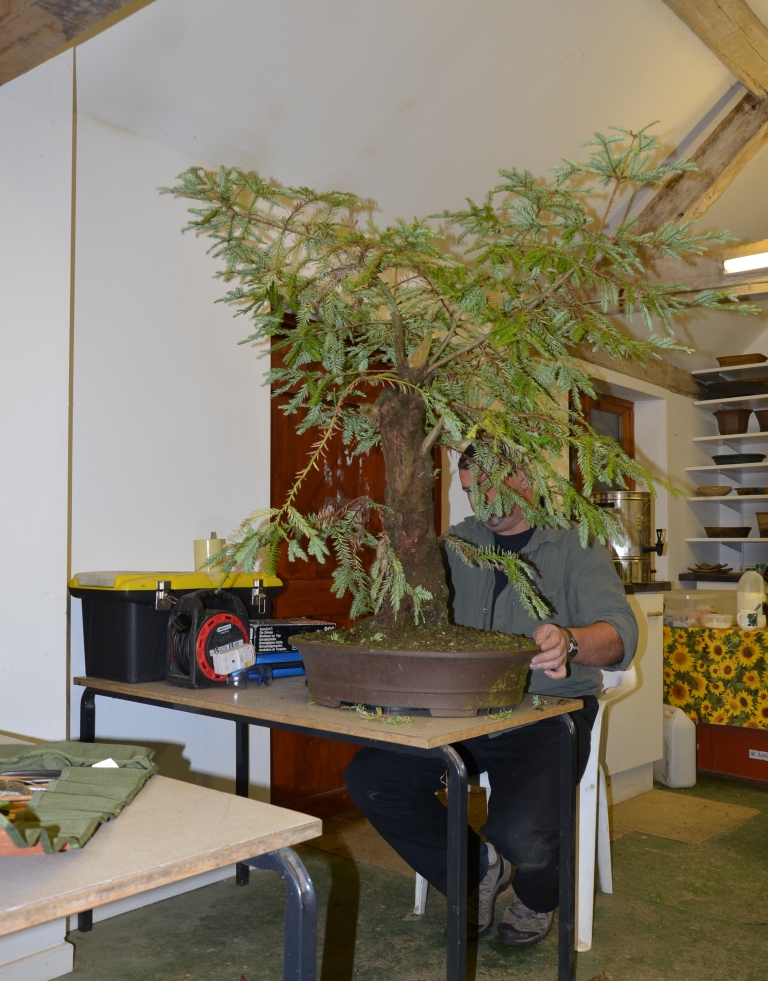 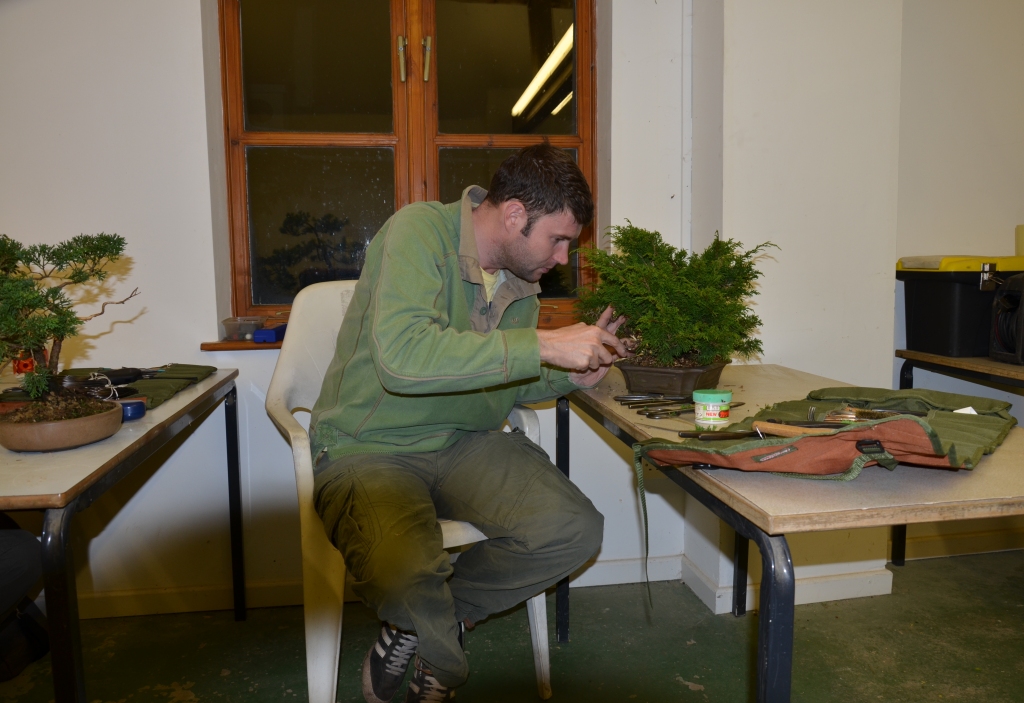 Several people have emailed me to try to persuade me to discuss certain topics, almost as if they want me to discuss taboo subjects. Since I did the ‘dispelling the myths’ entry, people are saying talk about who is the best at this or that etc. Please guys I am not trying to be controversial. I am just saying what I feel, what I know to be true, what really works or as I see things.
******************************************
I received a new stone today from Mr Zhang Xi of Shanghai China. The stone comes from Guang Xi.
It has a natural bottom, it has not been cut. The daiza is carved from softwood but is quite fragile.
The stone measure 14 inches x 7 inches x 5 inches high.
Mr. Xi describes it as “a LaiBin stone, it is a water stone”. I assume from this that it was collected in a river in Guang Xi somewhere and the type is LaiBin. I cannot as yet find any information on LaiBin stones. But I like the stone irrespective of that.
Here are a few images; 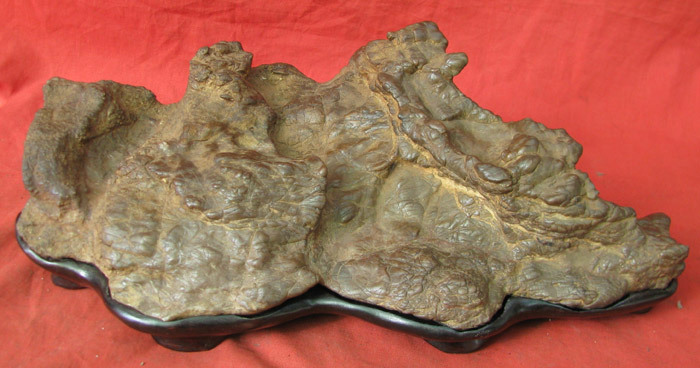 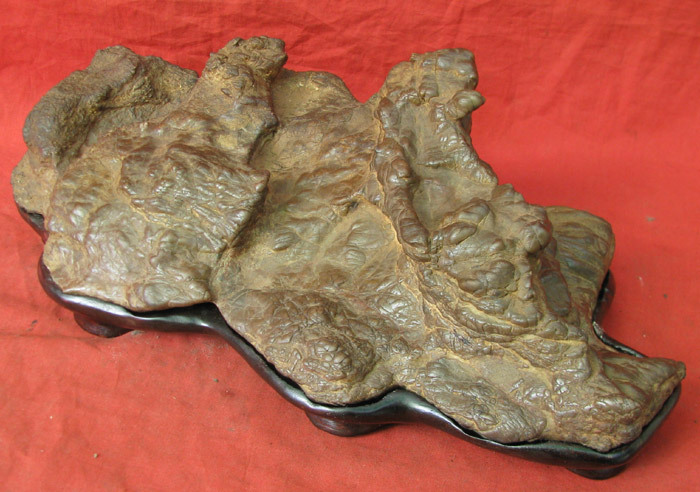 Update
I have now managed to find some information on Lai Bin stones and they are found in central Guang Xi. 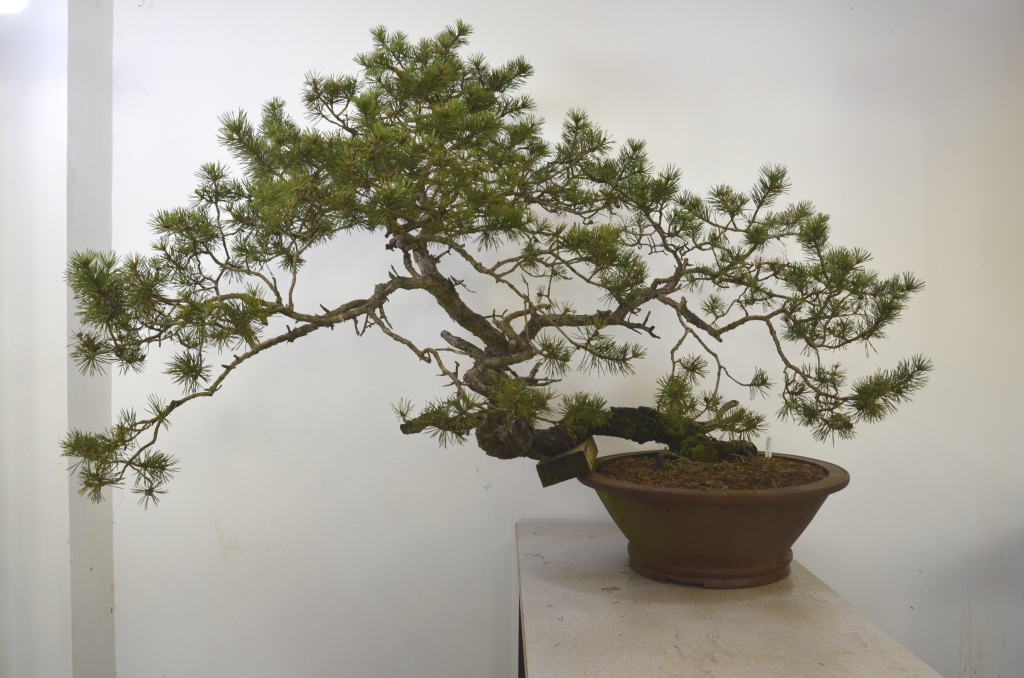